UNI-SOLAR® products are based on a sophisticated multi-layer amorphous silicon flexible thin-film solar cell developed originally by Stanford Ovshinsky and his colleagues at Energy Conversion Devices, Inc. This spectrum-splitting cell, shown schematically below, is constructed of separate p-i-n type, amorphous semiconductor solar sub-cells, each with a different spectral response characteristic. 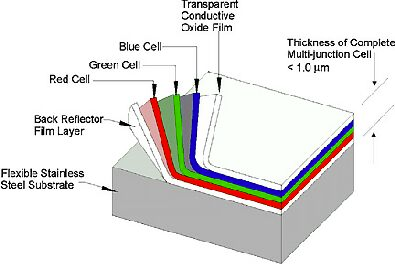 This allows the cell to convert the different visible and near infrared wavelengths of sunlight with optimal efficiency. The United Solar spectrum-splitting multijunction design now holds all the world’s records for amorphous silicon solar cell efficiency, including the highest stable efficiency measured by the National Renewable Energy Laboratory (NREL) for a small-area amorphous silicon solar cell — 13 percent. 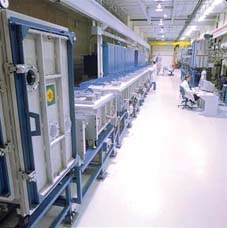 The United Solar thin-film cells are manufactured in a unique continuous roll-to-roll deposition process. Each of the nine thin-film semiconductor layers that comprise the cell is sequentially deposited in separate, dynamically-isolated, plasma enhanced chemical vapor deposition (PECVD) chambers as the stainless steel substrate progresses through the machine. The company’s manufacturing plant has a production capacity of twenty five million watts of solar cells.

How a Solar Cell Works

How much light do we need?

Reference Materials
Explanation of how much sunlight needed to for cars and boats to achieve optimal performance. 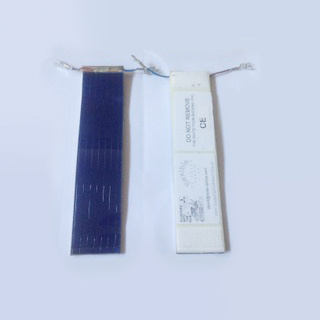 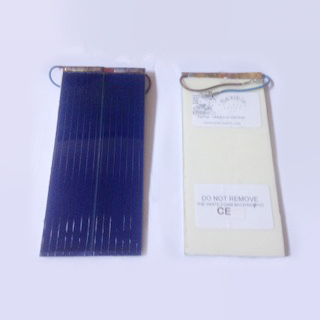